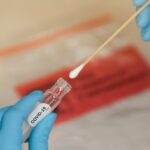 “When I was born the doctor came out to the waiting room and said to my father, “I’m very sorry. We did everything we could…but he pulled through.”

“My mother had morning sickness AFTER I was born.”

Rodney Dangerfield was born Jacob Cohen in New York in 1921. His first job was writing jokes for standup comics under the name Jack Roy.  Making a living was hard so to support his wife and family he sold aluminum siding and finally quit show business altogether at age 30.

He was so little known he once said, “At the time I quit, I was the only one who knew I quit.”  At age 40, he tried comedy again. No one would book him. He was puzzled; he felt his jokes were good, so what was the problem?  “I played one club—it was so far out; my act was reviewed in Field & Stream.”

Then- an epiphany. His whole life he never had been shown respect–from his parents to his teachers, and then in his job. He was a 40-year-old loser. And this was in real life.  He changed his name to Rodney Dangerfield and based his new act on a self-apparent truth- that he was a loser who got no respect.

The rest is comedy history.
For the rest of his life, he would start off his act with four words that sent the crowd into hysteria–“I get no respect.”

“My mother never breast fed me. She told me that she only liked me as a friend.”
“My father carries around the picture of the kid who came with his wallet.”

So now to discuss the Rodney Dangerfield of the Covid pandemic–Natural Immunity (“NI”).  It’s what you have in your blood to help prevent future Covid infections-IF you have had Covid.

Natural Immunity gets no respect.
Multiple Studies show it is superior to vaccination immunity- But no one asks for proof of it.
Concert Halls? The fat lady sings on NI. Ballparks? You’re OUT, NI.
Airlines? Take a flyin’ leap.
Cruise Ships? Take a long walk off a short pier, natural immunity.
They want to see your vaccine card.
Natural Immunity? That and $2.50 will buy you a cup of coffee.

“My natural immunity test result fell in a sandbox–and the cat kept covering it up.”

Even more disrespectful is when you go to events such as concerts and ball games. If you do not have your full vaccine card, they WILL accept a negative “rapid” test—which is useless. It is not even indicated in people without symptoms. In fact, it may be harmful, giving a false sense of security when in fact you are actively spreading Covid with a meaningless false negative test in your pocket.
But try showing proof of natural immunity–you may as well be showing your Amazon gift card.

Clearly, being fully vaccinated AND the proud owner of natural antibodies would be ideal-but arguably unnecessary.

Teachers-doctors-pilots-and even the critical truck drivers and longshoremen we need for the supply chain have been fired despite having good proof of protection from natural immunity.  Illustrating further the lack of respect for natural immunity – a booster six months old is considered protective-despite loads of evidence it may be worn off by then.  Our public health officials and government have not even approved a needed 4th dose of the vaccine– here is a CDC quote from a few days ago:

“At this time, CDC does not have a recommendation for a fourth dose/second booster for most Americans,” said Scott Pauley, a CDC spokesperson, referring only to people who are not immunocompromised.
Yet we see thousands of people contracting Covid with three doses, especially if the third dose is over four months old.

Natural immunity gets no respect.
NI works because the immune system works.
Working as an alarm system that sends out soldiers when the alarm is sounded, the soldiers stay around after they neutralize the perpetrator. This is true of a true intruder (like Covid), or an impostor that tricks the alarm company to send out soldiers (like vaccines).
In both cases they are sitting in your blood stream awaiting a new infection–making it difficult to get infected once the antibodies are in your system.

The facts are that the soldiers are bigger and better from an actual Covid infection than the soldiers that responded to the imposter antigen. And yes, I have proof.
Yet the natural immunity gets no respect. Just like Rodney.
It makes sense that the antibody response is linked to length and severity of a Covid infection.
A moderate to severe case, lasting two to three weeks with possible ICU admission will give a much higher level of natural immunity than a mild case lasting a few days.
Hence the need for a blood level. Our public health systems have not yet come up with a number you should stay over to proclaim your protection.

At the respected Johns Hopkins, a 2021 study showed 99% of post-Covid cases had antibodies TWO YEARS after infection. They also found natural immunity from prior mutations DID protect against Omicron.

Meanwhile, Kaiser Southern California published a study showing Moderna antibodies fell to 60% and just 16% against Omicron only 6 months after the vaccine.
For an unknown reason the CDC refused to release their data on reinfection from natural immunity —-
until now. It revealed natural immunity THREE times more effective of preventing hospitalization and almost FIVE times as effective in preventing Covid infections when compared to vaccination.
The data is there- and it shows natural Immunity gets no respect.
“Last night my wife met me at the front door. She was wearing a sexy negligee. The only trouble was, she was coming home.”

If you are still not convinced, we have good data to support using natural immunity as “protective,” I will submit a list of studies that DO give natural Immunity the respect it deserves at the end of this blog -so as not to bore those of you who are believers. What is interesting is that all the studies showing the positive effect of natural immunity do NOT post “levels” as we have been advising since last year.
At Caduceus and PDQ Urgent Care & More we increased the protective level to 500, but that appears to be more important in assessing the length of time the antibodies stay in VACCINATED patients.
Except for very mild cases, natural immunity appears to always be over 500 for at least 6 months. (Our data only.)

Why the cold shoulder from our public health officials and government?
One may be the goal to have EVERY American vaccinated, and by giving credence to natural immunity, this goal may not be achieved.

Which is noble, but not scientifically accurate.

A second theory is that because there is no “number” to call the cutoff on antibody testing, and the liability so high if they get it wrong, they need to do much more research to allow for that magic number to be arrived at.

Sounds reasonable-other than the fact that we now have TWO YEARS of data to determine an accurate number. Plus, ALL natural immunity appears to produce high antibody levels for quite a while, so in most cases of NI, the antibody count itself is less important.

Also, the CDC does not even advise a second booster, no matter how long from the third shot it is. And our numbers show many of those patients suffered serious Covid infections this last December and January. Even cases that had to be admitted.

To be logical, public health authorities should hold boosters and natural immunity to the same standard.
Why the lack of respect for NI?

Could it be that the government–who bought and distributed all the vaccines, and even all the monoclonal antibodies, are hesitating to advise anything they can’t control and monitor?
Ok -that one is for the conspiracy theorists among you.

Dr. Aaron Kheriaty, a professor of Psychiatry and Human Behavior at the medical school and director of the Medical Ethics Program at UCI Health, was termed in December because he declined to be vaccinated, citing his natural immunity was at least equal to the vaccine.  Dr Kheriaty, as well as thousands of similar teachers, doctors and nurses should be reinstated -assuming they show proof of natural Immunity.
There is precedent–Connecticut has suspended its vaccine mandate for state employees with natural immunity and Starbucks is rehiring staff that was terminated for being unvaccinated allowing natural immunity to do its job.

Led by Dr. Marty Makary, a group of esteemed Johns Hopkins physicians have called on public health officials to recognize the data on natural immunity.

The notion that ONLY the unvaccinated can spread the virus and ONLY the vaccination can prevent its spread is wrong.

We call on those in a position to do so – to research and give natural immunity the respect it deserves- -right up there with vaccinations.

We call on those states with vaccine mandates to recognize natural immunity as protective.

We call on our Military to restore full rank to soldiers dishonorably discharged because they only showed natural immunity.

It’s time to give natural immunity the respect it deserves.

As Spike Lee would say–“Do the right thing.”

As Rodney Dangerfield would say: “I told my doctor, “Doctor every morning when I get up and look in the mirror, I feel like throwing up. What’s wrong with me?” He said, “I don’t know, but your eyesight is perfect.”

Natural immunity asked the Public Health Official if it could go ice skating on the lake.

“Wait ‘till it gets warmer!” They said.