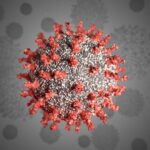 As we reopen our cities, schools, restaurants, and theaters, we can celebrate the Covid-19 virus has finally flattened the curve, and new cases are dropping over California.

Just like the flu, the Covid virus is dying off after four months, and society can finally resume life as it was in 2019, before this worldwide nightmare began.  Antibody tests are showing many of us have immunity, and those that don’t will be able to get the new vaccine later this year. The shutdown from March to May worked, and we can lift it knowing we can live our lives more normally and watch our businesses reopen safely.

That was the blog I was planning on writing when we started to see the pandemic worsening last March. Trouble is, everything in that first paragraph is FALSE.

A Wise Man once said, “The truth is only arrived at by the painstaking process of eliminating that which is UNtrue.”

So:
•    The curve is not flattening.
•    Covid is nothing like the flu; trust me.
•    It is not dying off, even with warmer weather.
•    Life as it was in 2019 is not going to happen in 2020.
•    Antibody tests are showing less than 5% of us have immunity. So we are prone to still be victim to Covid thru the rest of the year.
•    Any vaccine that is effective will most likely not be available wide spread until 2021.
•    The two month shutdown DID prevent the devastation seen in Wuhan, Milan, and New York, but DID NOT bring down the number of new cases here in California.
•    We will reopen our businesses, restaurants, and theaters, but do so knowing we risk more cases, not less.

Ok but that’s the entire world….the numbers must be better here in the US….New York has reported a decrease in new cases?

Ok but that’s in the whole country…California did a massive stay at home order….we must be better?

Ok but that counts Northern California—you know how “loosey goosey” they are right? How about Los Angeles?

Ok, but LA has such high density; how about here behind the “Orange Curtain” where we love our 1/3 acre lots?

Since no one likes to be Chicken Little, I asked my colleagues to help make sense of these numbers.

Well, for one thing I’m told, there is more testing now. More tests= more cases. True. The data shows about twice as many tests here in California in June than April.  Yet finding more cases is not overly reassuring because it shows THERE ARE STILL NEW CASES APPEARING.

You see termites in your kitchen. You don’t like that. So you go to other rooms looking. You find more termites. You don’t say, “well I only found more termites because I looked for them.” You still need to call Orkin and deal with them. You don’t relax until you walk around the rooms and find…NO termites!

We are still finding lots of termites…I mean viruses.

Another colleague said, “actually the death rate is down since April.” True. That IS reassuring.

Another factoid…the cases appear milder now than April. Maybe Covid mutated into a milder virus. Maybe with more testing we are finding cases earlier. And now we have some idea of what works, so are treating cases more aggressively than in April. Also very reassuring.

It may be interesting to look back at the last 2 Corona virus mutations that caused SARS (Severe Acute Respiratory Syndrome).

SARS 1 first appeared in China November 2002. Last reported case was May 2004. Hasn’t been seen since, but only 8,000 total cases were reported, mostly in Asia. 800 total deaths. Why so much milder than Covid? A shorter incubation period. Not a high penetrance rate (not very contagious). Never went worldwide. And it disappeared as suddenly as it came. After two years.

MERS started in November 2012 in Saudi Arabia. Still around, but has a very low penetrance. There were only 1300 cases the first year and another 1300 cases from 2013 to 2020. Never really went worldwide.

Things in common with Covid?

So why no lockdown with the other two mutations? And was this lockdown even necessary?
For one, the 14 day incubation period for Covid is huge. That’s a long time an infected person can spread it.

For another, the viral load appears very high with Covid, making it very easy to spread and catch.

Lastly, this virus plays by its own rules. It’s fair to say- short of HIV- no previous virus was so virulent, easily mutating, and difficult to track and treat.

So it appears as the lockdown eases, we should prepare for even more cases. Across the country, results are mixed. California, Utah, Arizona, North Carolina, Arkansas, Florida and Kansas all are showing a rise in cases in June, and all relaxed the lockdown just prior to that.

Napa County is reporting a large increase in cases now, tracing them to gatherings over the Memorial Day weekend, citing that pesky 14 day incubation.  New York City, on the other hand, is showing lower cases. It will reopen its economy the week of June 15th.

How about the success of South Korea and of New Zealand, both now reopening having virtually eliminating Covid? They combined a lockdown with isolation, quarantine, large scale testing, and contact tracing. Something to ponder if our numbers continue to rise.

This does not mean, as CMO, I oppose our reopening. On the contrary. What this virus accomplished was to show us how long a country can shut down. I’ll call it the “60 Day Phenomena.”

For the first 30 days, there was general acceptance that a lockdown was wise. We saw what happened in Wuhan, Milan, and New York. Yes it would hurt and possibly put us in a recession, but “we were all in this together” and had to hunker down “in these uncertain times” as we accepted the “new normal.”
(I don’t know about you, but if I never hear any of those clichés the rest of my life, I’d die happy).

Then, for the next 30 days, we were still isolated, but cracks appeared. Politics entered. Social media allowed some to choose sides, yet we stayed in our homes, and kept our businesses and schools closed.

What we have learned is an entire country will tolerate a quarantine for about 60 days. That’s about it. Then, we want to get haircuts. Go to the beach. See a movie. Have a margarita after work, and tacos on Tuesday. And yes, even gather and demonstrate if the cause is just.

If we see a rise in cases “THEY” will have to come up with another strategy. Shutting down normal life is unsustainable. At least past 60 days.

So have we satisfied the Wise Man and eliminated that which is untrue? Can we now state the truth?

– Prepare for more Covid and presume its continued spread. This will not end quickly.
-Test. Test. Test. It appeared to work in South Korea and New Zealand. PCR swabs. Antibodies. Know if you are contagious. Know if you are immune.
-If you become positive, isolate. Totally and completely. Keep testing until you turn negative before coming out of isolation.
– Wearing masks, social distancing, hand washing, avoiding people in general if possible are reasonable safeguards until those numbers fall.
– Take all positions you see on social media and even mainstream media cynically. You really do not need anyone to influence you on what is right. Just look at the raw data. We will know when we are safe because Covid will fade away.

But it’s not fading anytime soon.